Since rocketing to fame in 2008, Katy Perry is one biggest names in the world. Born on October 25, 1984, in Santa Barbara, California, she is a singer, songwriter, and musician who is possibly most famous for her hit song, I Kissed A Girl. Although she dropped out of high school at the age of 15 in order to focus on career, it has been said that it is a decision that Katy still does not regret.  She wasn’t always the pop princess as we know her today. Let’s take a look at some fun facts about Katy Perry. 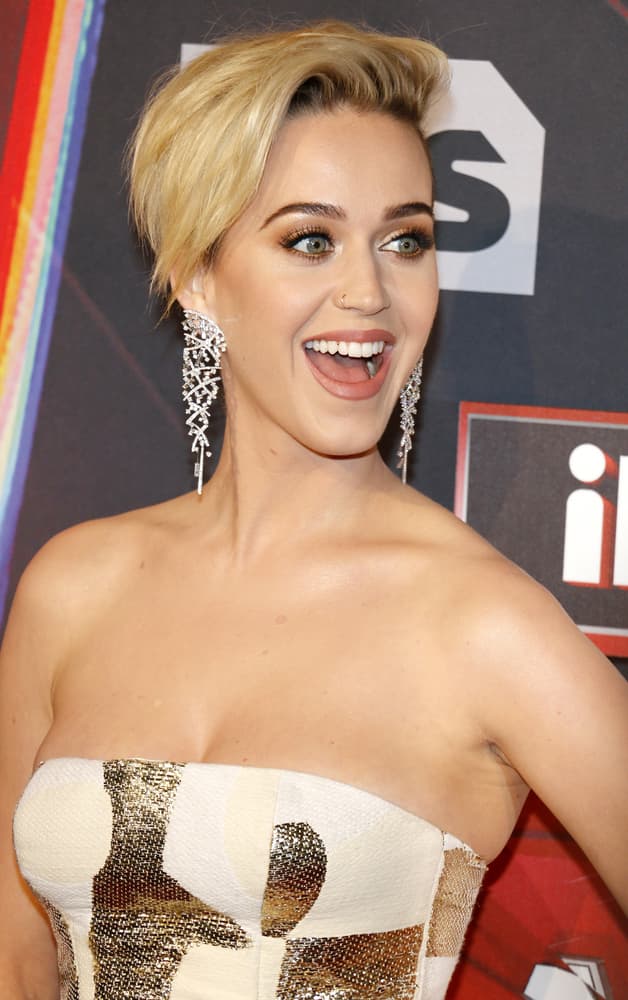 Katy Perry is actually her stage name. She was born as Katheryn Elizabeth Hudson and later changed her name to avoid confusion with the actress, Kate Hudson. Perry is her mother’s maiden name.

Both of Katy Perry’s parents are pastors, and in fact, she sang in her parents’ church between the ages of 9 and 17 years old. She also grew up listening to gospel music. As she grew up with strict Pentecostal Christian parents, her mother did not allow her to listen to anything else but gospel music.

Katy Perry is known for frequently switching up her hair color. So, this may come as a surprise to you but, her natural hair color is a light to medium brown. Katy told Glamour, “I’m naturally the most boring dishwater squirrel brown … So I’ve been playing with colors since I was 15,”

As you can hear in her songs, Katy Perry has an unbelievably, powerful voice. In fact, she has a contralto vocal range which is fairly rare. Katy Perry has mentioned many times that Alanis Morrissette and the late Queen singer Freddy Mercury are huge influences on her music.

In 2010, Katy Perry created her own signature perfume line, called Purr. Her love for cats influenced both the idea of the name and the design. Purr features a variety of scents including citrus fruits.

During an interview with Vogue, Katy Perry characterized herself as an “amusement park junkie”. It has been said that she is particularly a massive fan of Disneyland, she is a member of Disneyland’s exclusive Club 33, a VIP-only restaurant and club. She has also established herself to be a true Disney-lover by dressing up as characters like Cinderella, Snow White and Minnie Mouse in the past.

In January 2016, the romance began between Katy Perry and Orlando Bloom. On Valentines Day of 2019, they made the big announcement of their engagement, posting the same image on Instagram. While releasing her new music video in early 2020, Katy Perry revealed that she was pregnant with the couple’s first child. What exciting news!